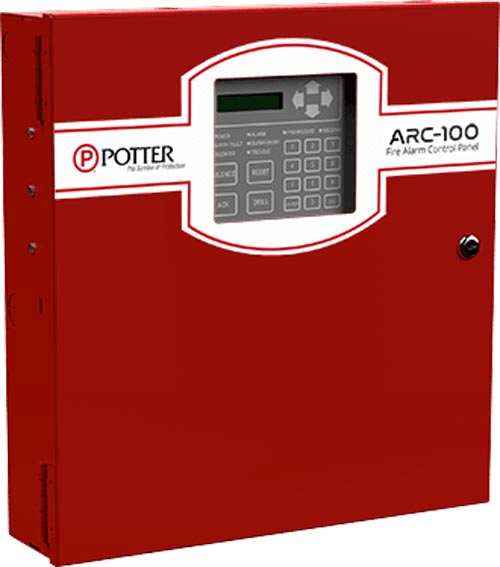 The ARC-100 is an analog/addressable releasing fire alarm system with a total system capacity of 100 addresses. Additional capacity on the system is achieved using multi-point SLC modules. The control panel utilizes the exclusive Potter protocol that includes a complete line of sensors and modules. Each SLC may be comprised of any combination of smoke sensor, heat detectors or modules and allows for a total of 50 ohms of impedance and may use any wire compliant with the National Electrical Code (NEC).

The ARC-100 has a 5 Amp power supply with two Notification Appliance Circuits (NACs) and two Input/Output (I/O) circuits. The NACs are rated at 3 Amps each and the I/Os are rated at 1 Amp each. Each output is regulated and power limited. In addition, each output is uniquely programmable and may be configured for steady signal, strobe synchronization, constant power, door holder power, or releasing. The strobe synchronization includes Gentex, AMSECO, System Sensor and Cooper/Wheelock and with the exclusive Quadrasync each output may have a unique brand and all strobes will flash together. The I/Os are designed for inputs such as manual release stations and abort switches that will not require polling and react nearly instantaneously.

The ARC-100 is listed for releasing of fire suppression systems. The software allows cross zones, counting zones, and timers for suppression. The system is capable of multiple release outputs across multiple hazards. In addition, the PSN-1000 may be used to extend releasing capability. The NACs may be expanded using the PSN-1000 series intelligent power supplies. Each PSN-1000 adds another 10 Amps of power, 2 additional input circuits and the ARC-100 will support up to 31 power supplies. The system will synchronize the strobes system wide. In addition, the PSN-1000E has space to allow the installation of up to six loop expansion cards.The cards mount on a stacker bracket that allows access to all SLC circuit connections. 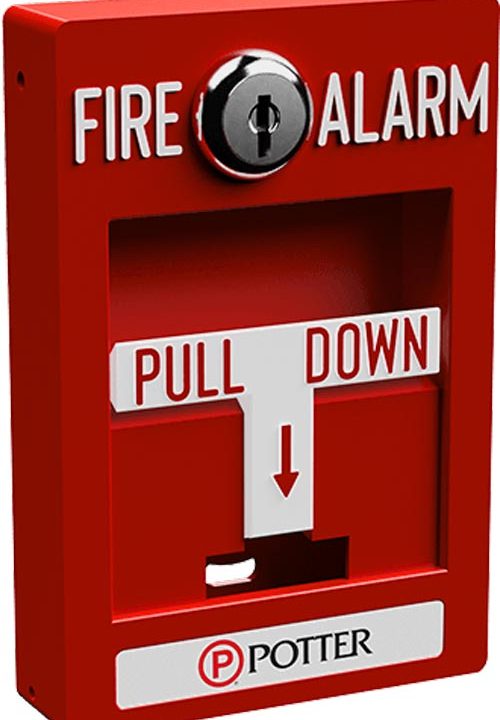 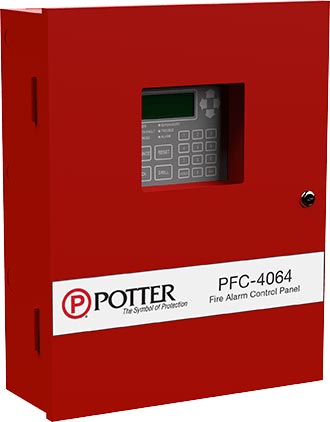 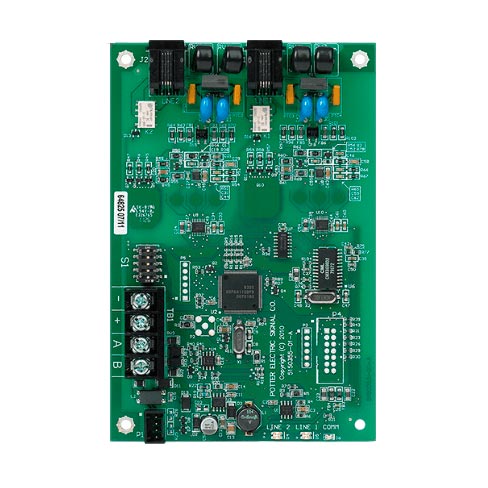